Wild Ideas Caught! What Could Happen in the Pokémon Direct? 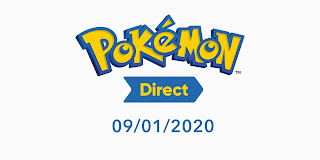 Yesterday a Pokémon Direct was announced, and tomorrow at 14:30 GMT is when it will air. The obvious choice for such an announcement is about Home and what things that will give us (aside from storage capacity and the importing of ‘mon from previous generations, of course). However, stating the obvious is no fun. It’s time for some wild predictions. 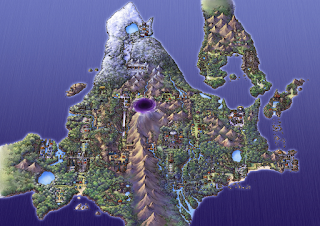 The main series goes open world, but not in the way you think. Diamond and Pearl are announced as the remakes to come this year, with a trailer showing off the beautiful work done in recreating the world in a fully 3D environment. The map layout is still the same with the routes designed the same as in the original games, though with things being more realistic in scale. Then we get a second trailer showing a battle, and much the same as in Sword and Shield the transition once it ends is quick and pretty seamless.

Once in the overworld though, it seems the remake has gone a bit too copy and paste, with a camera high up giving a top-down view of the field that never changes. However, it seems a fine price to pay for no transitions between sections of the map. Even when going indoors, there’s no transition, with the rest of the world blacking out to give a view of just the interior. HM usage has now been reworked into a system similar to Sun and Moon, except instead of calling on a Pokémon to help, you assign a helper for that situation within the box or your team. 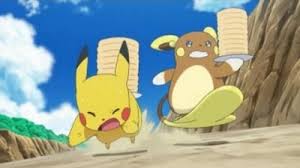 The side series gets a new game, but not one following on from the Gamecube games. Instead, it leans into what Galar gave us with the sporting theme, but this time it’s not just a Gym Challenge. Expanding on what the Pokéathlon from Heart Gold and Soul Silver gave us, this is a whole game where we train critters to become the best trainer of sporting heroes we can. The five Performance Stats return with an added sixth in Stability, with new events to take part in. Unlike the Pokéathlon, you aren’t controlling the actions of the ‘mon being used, and only one is on the field at a time. Instead, you’re acting as a crew chief role, giving encouragement and telling them when to push themselves and when to take it easy.

There’s a whole region to explore, where catching new Pokémon for your team involves smaller events within the wild based off those sports you’ll take part in with the tournaments. The Performance Stats act like the regular stats within the main series, with experience being gained upon completion of an event, with the stats being boosted upon a level up. There are items you can give a Pokémon to hold to restrict the boosts it will gain to just one stat, and since there is a total cap, this is necessary to build a specialised team member capable of excelling in certain events. 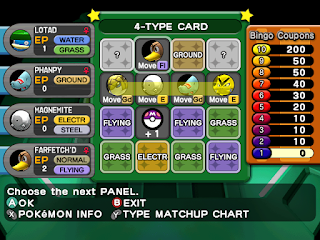 As for a spin-off game, Battle Bingo returns from Gale of Darkness, fully expanded into a full game. The idea behind Battle Bingo was that you had just one Pokémon to start with, with a grid of 4x4. The aim was to clear this board, but the Pokémon only has two entry points. You had two Master Balls to quickly claim other ‘mon to gain more entry points and new members for your team, with more entry points being gained upon completion of a line. The game was designed around the type chart, so restricted Pokémon to just one type and one move. There were easy cards such as the starter triangle of fire, water, and grass, as well as harder cards that gave a range of types to combat and specialised cards such as the one that gave you a Magikarp with Splash to start with.

The announcement starts with the introduction of the mechanics as seen from Gale of Darkness using a 4x4 card, with a maximum of four Pokémon within the team. With that quick look over, it then gives a little nod to Gale of Darkness in recreating the scene as it would have been when launching into a game of Battle Bingo, with the receptionist saying that the player had unlocked new cards. It then launches into showing off the new modes. A quick mode with a 3x3 card and only two Pokémon in a team. The super challenge mode giving you 6x6 cards that allow you to have a full team of six. It shows more specialised cards such as those that restrict you to just the starting team member. The Pokémon seen comes from across the eight generations we have, and at the end is the tease of a new Pokémon yet to be seen.

As I say, it’s very unlikely that any of this is happening. Especially within this Direct. But these ideas are just some wild ones from me that I guess aren’t too wild when you think about it. They are grounded in things that have been done before, and that first one would actually be a pretty cool way to handle a remake. Either way, they’re ideas for what could be done wrapped in the guise of predictions, and I want to know what you think of them! Get talking down below.
Posted by Christopher Searle at 16:37
Email ThisBlogThis!Share to TwitterShare to FacebookShare to Pinterest
Labels: gaming, ideas, Pokémon