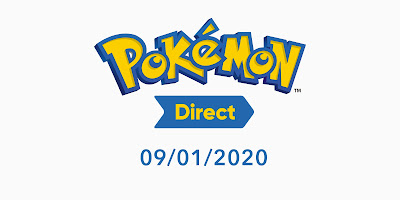 The Pokémon Direct has finished and given us the news. Home was barely featured within it, with the meat of the presentation diving into the Sword and Shield Expansion Pass. Just at the beginning, though, we got news that the original Pokémon Mystery Dungeon is being remade for the Switch as Rescue Team DX – and there’s a demo already available to try it out.

The first Mystery Dungeon game was one I played a lot when it first came out, with it offering a blend of turn-based battling and a full range of movement that couldn’t be found anywhere else at the time in the series. The story was fun to experience, with it being involving as you worked toward becoming the best rescue team in the world. Gaining experience and getting to tackle more difficult missions was all part of the fun, and felt your team really was growing. 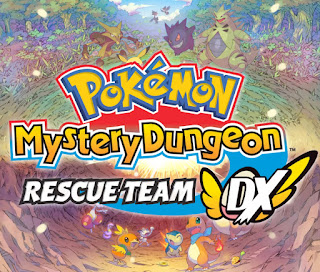 I never really played any of the later games even though I did finish Red Rescue Team, as I didn’t feel there was anything else the series could offer me. I tried Gates to Infinity but felt it lacking in the charm of the original. Getting to experience the original with new features and opportunities should be a great experience, and I will certainly enjoy digging into that demo later on. The full game releases 6/March, which is a bit close to Animal Crossing, but that should really offer much of a problem.

When I first set foot in the Wild Area of Shield, I felt it one of the best things to happen to the main series in a long while, which gets me very excited for the expansion pass of the game. Two new areas are set to be included with the expansion pass, and both are full Wild Area type experiences. The Isle of Armor and The Crown Tundra will offer new places to visit, with new characters to get to know, and new story chapters related to that area. With new Legendries being a part of that, I’m hoping for something good.

From what we’ve seen, the new areas look great, with the concept art showing in greater depth the sort of things we’ll be able to find within these new locations. Returning Pokémon that weren’t included in the base game will be found in these new areas, including the Legendries of past generations. Along with them come new clothing options and other new features that are still to be revealed. The Isle of Armor is set to come first in June, so we can probably expect to see another Pokémon Direct before E3 giving a deeper look at what’s coming. The Crown Tundra will follow in the Autumn. 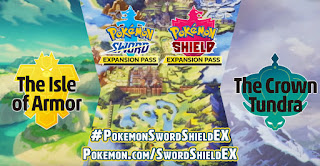 An update to Sword and Shield is coming later today to get ready for this new expansion into the world. We’ll meet one of the trainers from the expansion, as well as one of the new Pokémon we’ll encounter. With this expansion pass replacing the need for the director’s cut (or third version) of the game, there should be plenty to experience and gain from this pass, and for half the price of a new game.

There’s also more set to come, with Home being announced for a release next month with more information being released on it soon, and if I’m not jumping to conclusions, the saying of “continue to bring new things in 2020” means there’s more yet to come. Just what new things are coming is anyone’s guess, but with no new main series game for the year (you would expect), it should allow for the spin-offs to come out of hiding once more.

And with that lovely surprise of Pokémon news, I hope that the next general Direct can surprise and excite me just as much with even just one of the announcements it brings.
Posted by Christopher Searle at 16:14
Email ThisBlogThis!Share to TwitterShare to FacebookShare to Pinterest
Labels: gaming, Nintendo Direct, Pokémon