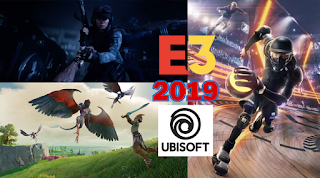 Ubisoft were… fine. It started off well enough with an Assassin’s Creed Symphony preview – a tour playing plenty of songs from the series. There were a few other things within, and they knew what they were doing by putting a new Watch Dogs first, but it was mostly Tom Clancy: The Conference.

We got Division 2 expansions with some free play days coming soon. A mobile game in Elite Squad. Ghost Recon Breakpoint announced. Rainbow Six: Quarantine bringing PvE co-op action. Rainbow Six: Siege content Clutch Royale. And for me it was all the weakest part. Trailers split up to allow some talking in-between or talking when showing things would be just as good. And they mentioned that the movie was coming to Netflix.

Speaking of video platforms, a new TV show got announced for Apple TV+. Called Mythic Quest: Raven’s Banquet, it is a sitcom set in a development studio as the team get ready to launch the new expansion for their MMO game. The snippet of footage shown shows Ian Grimm showing off the trailer to his team – which is more focused on himself than the game itself. It’s looking fun, but the platform of choice limits its availability somewhat. 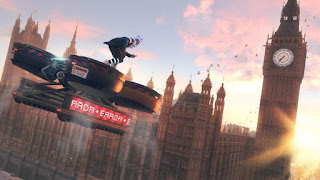 Adventure Time content comes to Brawlhalla, and Roller Champions is properly announced, with a demo available right now. For Honor gets new content in the form of Shadows of Kitokiri. We fail to escape the Just Dance crew appearing – though the dance number itself was fun to watch. And the PC is getting another subscription service in the form of Uplay+, which is also coming to Google’s Stadia platform in 2020. A new game was teased at the end called Gods and Monsters, that’s looking like a game I can get behind, being a fantasy open-world adventure.

And finally, that Watch Dogs game. Legion is set in London, using the current political climate of the UK as a base for chaos and war. Every person in the game can be recruited to be a part of the rebellion to restore order, all with their own voice and abilities. Permadeath means you will lose members of the rebellion you control, but from the looks of things that gets fully integrated into the story missions as you progress through them.

It is looking an absolutely ambitious undertaking for one game, with the London setting looking authentic. And when they say you can take control of everyone, they pretty much mean it. An old woman might look harmless, but the retired assassin we see in the gameplay footage certainly isn’t. I will be absolutely impressed with it if the game lives up to that gameplay and the promises given, because at the minute it is sounding too good to be true.
Posted by Christopher Searle at 23:21
Email ThisBlogThis!Share to TwitterShare to FacebookShare to Pinterest
Labels: E3 2019, events, Ubisoft