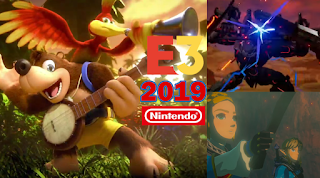 Nintendo showed quite a bit, bookending the Direct [not counting the one more thing] with Smash DLC. First shown was the Dragon Quest Hero, with every mainline hero looking to be a skin for this one character. Then for the last thing they followed on from the King K. Rool reveal with another troll. This time Duck Hunt Dog pretending to be Banjo and Kazooie, before the duo come crashing down themselves.

While the Dragon Quest reveal was followed by a Dragon Quest XI Definitive trailer, we didn’t get anything for the Banjo and Kazooie one. There was plenty of other things to get stuck in to, though. Before we got into all that, Doug Bowser was introduced with a nice gag of the real Bowser showing up. Pokémon Sword and Shield got a recap of its Direct, but also announced that the Pokéball Plus would work with the games. 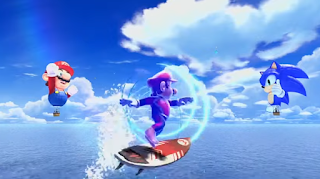 Where the quite a few new things announced, such as The Witcher 3: Wild Hunt Complete, The Dark Crystal, Trials of Mana and Collection of Mana, Contra Rogue Corps and Contra Anniversary Collection, Empire of Sin, Panzer Dragoon, and No More Heroes 3. A sizzle reel near the end also revealed Spyro Reignited Trilogy, Super Lucky’s Tale, and Alien Isolation, along with a few other games that were shown off at other conferences such as Minecraft Dungeons.

Luigi’s Mansion 3 is looking good. I haven’t played the first, and felt the second had some interesting stuff within it but felt it wasn’t for me. Even if I don’t play the series, the third is looking like a return to the style of the first, being set within a large hotel. It looks to be offering some good gameplay, and the Scarescraper returns from the second for some multiplayer action.

Daemon X Machina got a new trailer, as did Astral Chain. Resident Evil 5 and 6 were announced, and the Link’s Awakening remake is getting a dungeon creator. Marvel Ultimate Alliance 3 and Fire Emblem Three Houses also got trailers, along with Cadence of Hyrule. We also saw a Mario and Sonic at the 2020 Tokyo Olympic Games trailer, and it looks to be packed with content. I have a feeling they’re going all out with this one. 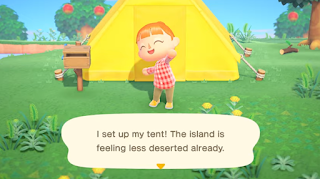 The last thing we saw in the Direct was a tease for a sequel to The Legend of Zelda: Breath of the Wild, though I was hoping for Animal Crossing. That game did appear, and it looks pretty great. Titled New Horizons, we’re no longer a mayor of a town. In fact, we’re no longer even within a town. Instead, we’re on a deserted island, having been dropped off by Tom Nook, and we’re building everything from scratch.

It’s still the same as every other game in the series. We still have other villagers, we still have fishing and bug catching, the time in-game is still locked to the actual time and day set on the console itself. It’s very much playing like an Animal Crossing game, but rather than just buying things, we are now building them from materials we gain. As such, there’s a bit more in terms of true goals to aim for. It’s a shame about the delay, but when we eventually get to it, it will prove to be an effective timesink, and I cannot wait to be seeing more soon.
Posted by Christopher Searle at 19:30
Email ThisBlogThis!Share to TwitterShare to FacebookShare to Pinterest
Labels: E3 2019, events, Nintendo Direct