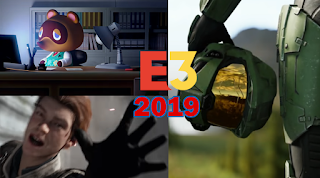 This E3 has been one of few truly great reveals for me. I’m happy to have seen gameplay of some of my favourite things from the show floor, and there were some things that looked pretty great. EA’s livestreams gave us a look at Jedi: Fallen Order gameplay, and it looks like a modern day Force Unleashed in terms of combat options and visuals, and using Kashyyyk as the place to show off allowed them to show off a previously seen location in a new era.

All good then, as did the look at Battlefield V’s latest content and the new pack for The Sims 4, which offers a tropical location to visit along with the usual new careers and extras. Most of that Saturday was taken up with the Nintendo Championships for me, and… it almost lost me. The Splatoon 2 Championship was the best part, with some intense battles all the way through. Showing off Super Mario Maker 2 here proved enjoyable, and the challenges offered allowed variety. But the Smash Championship was where I almost quit.

For a tournament as serious as this, you need a definitive way of marking who is winning at all times, and with something as chaotic as Smash can get, it needs to be something easy. Stock battles were used for the rest of the Championship, but the bizarre idea not to use stock matches for the seeding round completely lost me and made it hard to follow, and left me with little clue with what exactly had happened even after the results came in. Having some items on, I don’t mind, but the way the seeding round played out was just bad. Use Stamina Smash if you want something different, anything that allows an easy way to follow! 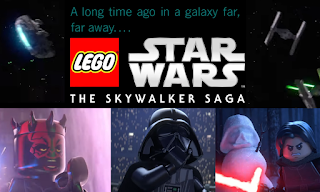 Microsoft’s briefing on the Sunday revealed not only LEGO Speed Champions as the next Forza Horizon 4 DLC [which is now out, I’ve been playing, and I love it], but also revealed the next proper LEGO game as Star Wars: The Skywalker Saga. All nine films, completely rebuilt, with new features obviously coming. From previews released after the trailer dropped, we learnt about some of those features, like how the game is taking a Starlink approach to the galaxy, with planet-to-planet travel and multiple sectors to explore that are reached through hyperspace travel. Plenty of things are being reworked as well, such as combat and the camera. Very ambitious, and I cannot wait to get my hands on it.

Ubisoft revealed Watch Dogs 3, and it was the only real highlight of that conference for me, but what a reveal it was. I’ve already talked about it in the conference’s coverage post, but it was an amazing reveal. It they can pull that off, then it will be one of the greatest games. Nintendo on the Tuesday was the best of the bunch for me, what with Animal Crossing finally seeing a reveal and gameplay on the Treehouse. And that gameplay revealed that while the location and a few mechanics might be different, it is still Animal Crossing at heart.

Plenty of other things were shown on the Treehouse streams across the three days, but Pokémon Sword and Shield started it off, and the games are looking great. Not the best they can be, but I’ll still enjoy exploring this new region and delighting in the wonders it offers. From the Pokémon Direct trailer, we already know that while the map offers a detailed look at the full region, it is still missing plenty of in-depth details about the locations themselves. And it is those details I am interested in seeing. The battles are looking to be at a decent speed this time, with the gameplay showing a few wild battles where the action begins quicker than Sun and Moon managed.

This E3 might not have had a massive amount of surprises, but what it did offer was fun to see. With new consoles set to be hitting next year, Sony should be returning with an action-packed show, and Microsoft can finally lift the lid on more of its projects set for the Scarlett. Nintendo is still seeing success with the Switch, but is it possible even Nintendo might have something new to show? We’ll certainly be finding out this time next June.
Posted by Christopher Searle at 18:34
Email ThisBlogThis!Share to TwitterShare to FacebookShare to Pinterest
Labels: E3 2019, events