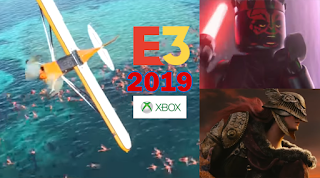 Microsoft, you knew what you were doing with this. Very little talk, and a lot of action. Plenty of games shown with trailers, some services news, and building the hype for that new console. The conference felt fast and fluid, and the announcements that I was waiting for certainly arrived.

There was The Outer Worlds, Bleeding Edge, Ori and the Will of the Wisps, Battletoads, Spiritfarer, and Blair Witch starting things off, along with a new trailer for Star Wars Jedi: Fallen Order. Minecraft Dungeons got announced, which looks to be a fun mystery dungeon game playable with friends.

Cyberpunk 2077 got quite a bit of focus, with what looked to be one of the opening cutscenes being shown, then in comes Keanu Reeves. CD Projekt Red asked him to join the cast of characters, and he accepted. The game itself is looking great, and with that release date of 16/April-2020, it is getting closer to our drives (or digital libraries). 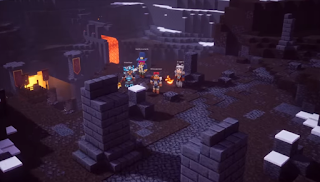 Dying Light 2 got shown, as did new expansion for State of Decay 2 – Heartland. The indie developers got some spotlight, with Way to the Woods and 12 Minutes being shown away from a sizzle reel of other games. The former is a 3D exploration game featuring two deer as they solve puzzles on a journey back to the forest. The latter is a top down viewpoint on a room, where you interact with the game to bring about different results to try and solve the mystery as a man trapped in a time loop.

Phantasy Star Online 2 is coming west, Crossfire X, Tales of Arise, and Borderlands 3 are all coming to Xbox One, and Dragon Ball Project Z has been revealed as Dragon Ball Z Kakarot. The George R. R. Martin game got revealed as Elden Ring. RPG Time: The Legend of Wright was also shown, with nice-looking hand-drawn art and music that sounded similar in style to Dragon Quest.

Flight Simulator is getting a new game, and it’s coming to the Xbox One as well as PC. Age of Empires 2 Definitive Edition is coming to the One, with Wasteland 3 also making its way to both platforms. Microsoft have bought Double Fine to the Xbox family, and a new trailer for Psychonauts 2 got shown. 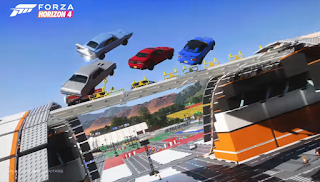 Gears 5 is coming in September, and there’s a lot of reveals and experiences for players between now and then. The new mode Escape was shown off here. Gears POP also got a bit of a look in. The Elite Wireless Controller Series 2 got shown off, with new previously released games being added to Game Pass. And speaking of Game Pass, it is now on PC in open beta, with a number of games already there and more being added. Halo Infinite is a launch game for the new console, still under its Project Scarlett name, which will be releasing holiday 2020.

And, the double punch of LEGO greatness. Speed Champions is the new Forza Horizon 4 expansion, offering a whole world built of LEGO and plenty of LEGO-built cars to be driving around in. It’s already looking AWESOME! and there isn’t long to wait to play it. It’s coming on 13/June – in a few days! And LEGO Star Wars: The Skywalker Saga is coming in 2020. This should prove to be the best LEGO video game experience yet. If it follows the usual six levels per film as The Complete Saga did, that’s fifty-four levels to be playing through. And considering the advancements the LEGO games have seen since that game… we’re in for something special.
Posted by Christopher Searle at 23:56
Email ThisBlogThis!Share to TwitterShare to FacebookShare to Pinterest
Labels: E3 2019, events, Xbox