That information drive about Animal Crossing New Horizons was everything I could have hoped for and more. We’ve got a lot more information than we had previously, some interesting new additions, and some quality of life improvements.

The Direct started out with a look around the island in all four seasons, and you’d be forgiven for thinking there wasn’t much coming out of this. However, it did reveal we can place where our villagers live at the start, which led the way to placing where all villagers will live.

It seemed like a build up of freedom in customisability, with that leading to custom designs able to be used on furniture, the path creation tool we already knew of, and then the reveal that we can alter the entire look of the town. 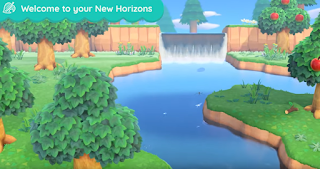 We can build up cliffs and remove them, fill in water for more land or remove land for more water, there’s a massive amount of scope for some truly wonderful designs to come from this, as was shown within the Direct. The ability to move buildings should probably come with this, but while I didn’t spot such a feature, I’m sure it will be there.

There’s a new feature in the mystery tours, where using Nook Miles to get a ticket will allow us to head off to exotic locations, finding new materials and meeting new villagers, who we can invite back to the island to allow them to live with us. I proposed such an idea within my Crossing to the New Life series, so I’m happy to see it here.

Special villagers will still be around, with Wisp and Gulliver being shown near the beginning, with Celeste, Savannah, and new characters near the end. Buildings such as the Able Sisters and the Museum will be able to be built on the island, with the resident building becoming the town hall once the island is developed enough.

Advanced tools allow for interior house customisation, with the expansion being through a loan as per the norm. It doesn’t look as though we have free reign over the positioning of the rooms or their sizes, but considering everything else, it’s a small price to pay. 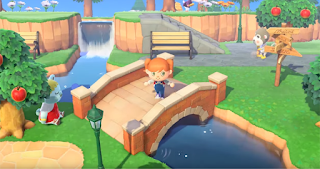 External customisation of the house is easier than ever, with it looking like we no longer have to wait for a certain option to appear in a store before we can choose it. Indeed, the whole shopping experience seems to have been made easier, with menus allowing us to select items for purchase instead of needing to select each individual item as it appears in the store. Such a change is welcome, and allows for the wandering traders who visit to no longer be constrained to such a small selection of items.

I’m not covering everything here, but needless to say this is looking to be the best in the series. Not only do we have all these customisation options, but it still manages to keep the relaxing and sedate pace the series is known for. There’s goals to aim for in expanding the island, with plenty of improvements with the systems in place.

You’ll also no longer need to worry about your island being savaged when others come over, as the best friend feature will make sure certain things – such as shovels and axes – are locked from use except for those on the list. This is particularly great for those who care about their island and the things within it.

I’m ready to get into the game next month and start my island getaway. There’s a lot to be exploring here, and all that’s holding me back it the wait.
Posted by Christopher Searle at 15:10
Email ThisBlogThis!Share to TwitterShare to FacebookShare to Pinterest
Labels: Animal Crossing, gaming