Since EA took exclusive rights to make Star Wars games, we have seen nothing to rival The Force Unleashed games, or even Knights of the Old Republic or the Jedi Knight games for those more retro players. But then at E3 2018, the name of Jedi: Fallen Order was name dropped, and we had just a bit of info about it. It was to be a game that Star Wars fans craved – a solo adventure within the world they loved. 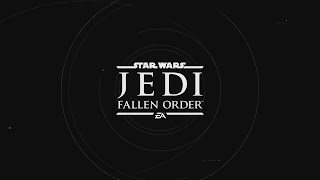 Sure, the Battlefront games are great for making you feel a part of large-scale battles, but that isn’t the only thing Star Wars can give. There’s plenty of scope for a slower, more exploration-oriented experience, and since that name drop at E3 2018, everything shown about Jedi: Fallen Order was showing that it had the story and the locales possible to pull this off. All that was left was the gameplay and how it felt, which is something no video could ever truly show.

And it works great. The opening introduced the gameplay mechanics that get built upon throughout the adventure, with lightsaber combat proving to be a more technical experience than what The Force Unleashed offered, with a build-up of abilities to make sure you aren’t a powerhouse from the off. The skill tree also allows those abilities to be earned rather than just given, or for those core abilities tested to make sure you can use them.

Then there’s the openness to the game itself. The story is linear, but exploration is not, so as long as you have the right core abilities, you can progress through areas for secrets and even story elements you won’t have seen yet. Then there’s the reason this is coming later than it would have done.

Upon exploring the Vault of Bogano and heading back to the ship, the helpful droid companion BD-1 will scan an additional objective. To head to Dathomir. Now, this is entirely optional at first since it's a late game planet, but the option is there for one reason and one reason only. The upgrade to get a double-bladed lightsaber (or dualsaber, as I like to call them). 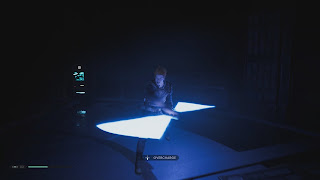 The fight to get to it is a constant struggle as a woefully underskilled Cal attempts to fight off the Nightbrothers, but persevere and the reward is truly worth it. Those three hours constantly being killed – even to the first set of three enemies – meant that no progression was made, but to have endured that test to be rewarded with the dualsaber was special. Even if you know what the prize is at the end of the test, it doesn't lessen that feeling upon getting it (though of course, the game makes little spectacle of you gaining it).

But once I had it, I could get to progressing some more through the story, exploring a few other planets, and being able to give a true account of what the game is like. And the story – both told through interactions with characters and with the world itself – is worth playing the game for. It connects you to the worlds you explore as you uncover the echoes of the past and see the present consequences that arose from those actions.

Combat, as said before, is technical. With both a light and heavy attack, along with a few Force abilities to aid in situations, you can make short work of enemies. But as you attack them, they can attack you with just as much force, which is where the block and dodge play their part. Enemy variety also means you won’t just be rushing through cannon fodder with barely any repercussions for doing so, as attacks can be blocked, and you can be stunned. Some will attack from range and some will get up close, and with a combination of both, you need to be aware of your surroundings to not get overwhelmed. 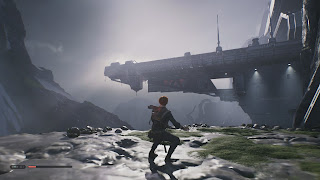 It’s a fun combat system, with plenty of enemy types both large and small to overcome. The worlds are also great to look at, with plenty to see around. When the music kicks in, it can feel truly wonderful to run through the various locations. They offer different things, with each being distinct enough that you can tell them apart from the outside. Even inside, things can be recognised as being a part of one of the factions, whether the Imperial rigidness, the Jedi regalness, or the mystique of the Zeffo temples.

Overall, it has been a blast to play through. It is one I can really recommend giving a play to anyone, with difficulty options to lessen the challenge should you need it. The number of worlds available to explore might be small, but they pack a serious amount into them, and while the story might not be for everyone, it offers a reason for everything that happens within the game.
Posted by Christopher Searle at 12:44
Email ThisBlogThis!Share to TwitterShare to FacebookShare to Pinterest
Labels: gaming, Star Wars