Out in the Wilds With Pokémon Sword and Shield

Since E3, there’s been quite a few new announcements about these games, including a few new features and Pokémon. While the reveals have been showing off new things, however, they haven’t been showing everything. We know of a few regional variants, a few of the new ‘mons (but not entire evolution chains), and just a few of those trainers we’ll be facing in the quest of the Galar League. 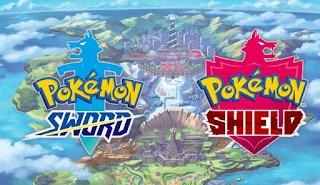 New previews that have been doing the rounds say there’s a lot of variety when it comes to what players will encounter on the opening hours of the game – including new ‘mon yet to be announced. And those previews have also reinforced my thoughts on this new generation. It does feel like a push – those first steps – to craft the series into something much different. If it can finally shake the binding shackles of the 90’s.

Don’t get me wrong, this is the most the series has looked to have rid itself of that design trait, but restrictive routes still are looking to be a thing even if they do look a bit more open. The same can be said of the towns, which still seem intent on having grid-based positioning for buildings within that town even if the paths aren’t as rigidly following such a design.

But that’s really the only thing I have to criticise about the games from what I can see without experiencing them for myself (except for the battle camera still not being as dynamic as it should be, but I’ve talked plenty about that). And there’s every chance that when I do experience the games for myself, it won’t be as noticeable as previous 3D games. The rest of it is looking a positive package of content, with quite a lot to be doing. 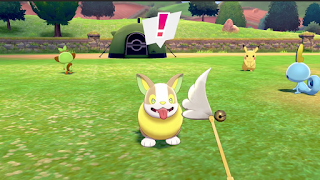 The Wild Area has been a focus in terms of content, with camping revealed as a new feature which enables play and care of a player’s team, as well as cooking to give an as-yet unknown boost. And latest previews say, or at least heavily imply, that the entirety of it is explorable as soon as you get to it, with wild Pokémon living there being a vast array of levels. I’ve been wanting to get into this Wild Area and experience this openness for myself, as it is the best new thing within the region. It’s something I and many others have wanted – a true feeling of freedom within the Pokémon world. Even if it is limited, it is something.

The rest of the games do seem to be holding up as well. Yes, they aren’t a graphical beast, and despite the above paragraph about restrictive grid-based town design, there’s no denying they are some of the most diverse, and in some cases largest, we have seen in a game to date. And the routes also have that feel to them. Other 3D games have all tried to make the routes look different, but they still felt pretty samey aside from those that were vastly different. I also feel that this region will see the least amount of routes connecting towns than any game before, and not just because of the Wild Area.

Characters and their interaction with each other and the world they live is also something I’m seeing as an improvement in these games. NPCs that populate the towns feel a bit livelier than in other 3D games, as do trainers, even if most of the time they’re still just stood on one spot. But those with importance do feel like they will offer a lot more than what has come before. We’ve seen Marnie and her fans within a trailer, and within the preview footage, we’ve seen characters talk mid-battle. 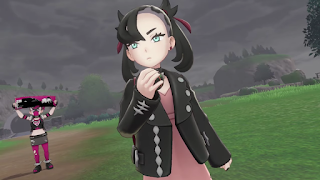 It is all adding up to make the interactions with those characters feel that bit more interesting, but while those interactions are great, they can get too much to handle. Sun and Moon was a great example of that with its story, as while Team Skull members were always great to be encountering, both Hau and Lillie were starting to get tiresome from the vast amount of time they would be appearing. I hope such won’t be the case with the story within Galar, and with the number of characters we’ve seen so far that you have a chance of encountering, I don’t think there’s too much to worry about with that.

Previews have been positive on the games, saying that they feel like a great advancement of the series, and though that phrase always seems to be said about a new generation, I’m willing to actually believe them this time. What we’ve seen does look like a great advancement, even if looking deeper reveals the cracks that will sure to be under scrutiny when the release date comes.

These will be the first proper mainline adventures coming to a home console, and despite the criticism I’ve given, I can forgive the games for that so long as the advancement into more open and dynamic design continues throughout this generation (though I really don’t expect a remake to offer such, even if that would be great) and into the next.

My first impressions for Pokémon Shield will be coming next month, as will the first impressions for Star Wars Jedi: Fallen Order, and based on previews I’ve been seeing about that game, it seems like it will be a greater experience than I was expecting.
Posted by Christopher Searle at 13:56
Email ThisBlogThis!Share to TwitterShare to FacebookShare to Pinterest
Labels: gaming, Pokémon