June will always be the biggest month in gaming, simply due to E3. This time we have Nintendo hoping to have success again the same as last year, Microsoft revealing the Scorpio in full, a huge multiplayer event for EA, and a few interesting things from the others. So let's jump into this in the order I'm most excited for things, which of course is going to be Nintendo first.

Nintendo are striking hard and fast this year after their success last year. And they have even more big games to show. With the Switch released and already being a big hit, it’s time to take that into overdrive. Super Mario Odyssey is obviously going to be a big focus this year, and there are tournaments for both ARMS and Splatoon 2 being live streamed. The Treehouse team is back in full force after the Spotlight presentation, with a full three days showing off games for both 3DS and Switch [where Spotlight seems to focus only on Switch]. 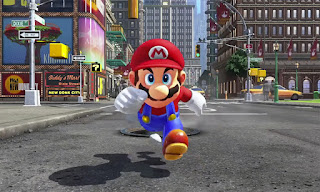 As for what I want, I’m really going far out with this one, but I want to see Kingdom Hearts back on Nintendo hardware. Dream Drop Distance released in 2012, and since then Sony have had ports of most games, along with HD movies on those collections as well. Since Nintendo have never had the main series games, porting these over to the Switch would be welcome, even if the third main entry doesn’t reach it [though that certainly would be a bonus]. It’s not too out there of an expectation if Square-Enix really are confident in supporting the Switch, and they have shown they are certainly willing to.
In terms of the Switch itself – Virtual Console has to be a must. And yes, of course I’m going to say it – with Gamecube support. There are numerous games that could be brought to the service, and though complications will always arise, Nintendo had a strong presence with their own games on the system for it not to matter too much. However, recent comments about being unsure on whether to bring the service over makes me question whether it will happen at all. I'm also expecting something about expanding the Switch's UI, whether that being with themes, new apps, or expansions on the current eShop and other features.
As for games that are expected, Pokémon on Switch is going to be a big one if it gets announced, even if it is just a third DX version of Sun and Moon with HD graphics. Animal Crossing on Switch will also be a big game, as the series has found footing on handhelds better than a home console. Now, with the power the Switch provides, we can have a larger game on a handheld. Super Smash Bros. 4 is bound to get a port, combining both WiiU and 3DS games into one, and adding in a few extras, just as Mario Kart 8 Deluxe did. As definitive versions go, Smash 4 Switch should be a goldmine. While I’m uncertain if it will, I also want Mario Kart 8 Deluxe to get some more tracks and characters added through DLC. There’s the question of whether that would really show up at E3 though. Just as on Wii U, I’d expect an announcement on that to come sometime August.
As for those games that are already out in the wild waiting for release, Fire Emblem Warriors is following on from what Hyrule Warriors did, and should be full of references to its series just the same as Hyrule Warriors did with Zelda. There’s also the case of the other Fire Emblem games. The 2018 Switch title is yet to be shown in any detail, but hints as to what it includes could be shown here. Kirby is also another series getting two other games soon, and again we know more about one than the other. Kirby’s Blowout Blast was shown to be a 3D styled game where inhaling more enemies will increase your attack power. With over 25 stages announced, now is the time to show them. The 3DS title can’t be far off from release, leaving time for the next major game to also be revealed at E3. We know it will be a multiplayer focused game, but that’s about it.
For Nintendo@E3 then, we have the Spotlight event at 09:00 PDT/17:00 BST on the 13th, with the first day of the Treehouse immediately after. The Splatoon 2 World Inkling Invitational takes place on this day as well, starting 14:30 PDT/22:30 BST. The 14th has the second day of the Treehouse at 10:00 PDT/18:00 BST, with the ARMS Open Invitational starting 15:30 PDT/23:30 BST. The Treehouse on the 15th will start the same time as the previous day, and be the only thing on during that day. 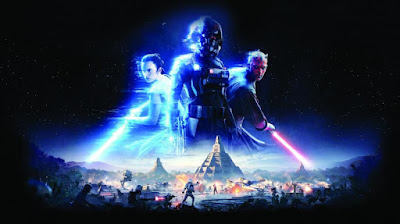 EA have shown they are committed to providing the greatest Battlefront experience in the second game, having announced a load of content for it at Star Wars Celebration. Now it is time to show they have listened to fans, and show off not just the single player campaign missions in action, but a revamped multiplayer touching on those things that people have stated. For instance, the amount of modes and the power-ups on the map. Vehicles as tokens never felt right to me, making them feel more like bonus equipment rather than being actual tools of the battlefield. Same with the extra equipment like rocket launchers and thermal imploders. As for the modes, Walker Assault is practically the only mode I’ve played for the past few months, with the exception of DLC playlists. Walker Assault feels like it belongs in the game. As does Fighter Squadron, even if I’m still not too fond of the flight controls. The DLC modes went some way to correct the issue by making them more focused, but now it is time to go full out with it in the sequel. It’s already been announced that a multiplayer match of the game will be showcased, with The Assault on Theed sounding like a reworked Walker Assault as the Republic have to work to stop a Multi-Troop Transport from reaching the palace gates. Darth Maul and Rey will also be cutting through the troops as they work with their respective sides to win. 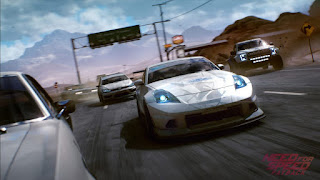 Away from Battlefront, it is possible the other games that have been in the works start appearing. I’m not going to talk about them until we’ve seen them, but I’m expecting some great things from them. Away from Star Wars, Need For Speed Payback will be showcased. They have teased what is coming, and it sounds like they might have a grip on finally perfecting the formula. As an added bonus, no always online restriction for this game. Should certainly be fun to see what comes out of it. With the trailer from a few days ago setting the tone, the gameplay should follow to really show how this game will work.
EA will have their usual sports games to show, but this time they have an extra FIFA for the Nintendo Switch. This hasn’t been included in the numbered entries for other games, and it is possible we will see why if it gets shown off. It could either be a Nintendo exclusive version featuring some wacky Nintendo character based teams along with the real deal, or it could just be a testing the waters deal for EA as a whole. Time really will tell on that front.
EA’s presentation begins E3 off on the 10th, with the main event starting at 12:00 PDT/20:00 BST, and The Assault on Theed multiplayer event happening at 12:30 PDT/20:30 BST.

Microsoft are showing Project Scorpio this year, in even greater detail than they did last E3. Along with this are numerous games, with Crackdown 3 sure to be among them. Having first been seen at E3 way back in 2014 [with the title being revealed at Gamescom 2015], we know it will be massively larger than previous entries in the series with cloud-powered real-time destruction in multiplayer modes. It must have run into a few difficulties since, but with Scorpio on the horizon it should be shown off. 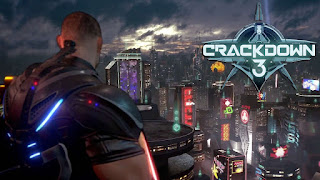 Forza Horizon 3 sure has been a blast, and while I haven’t jumped into the Blizzard Mountain and Hot Wheels expansions yet, I’m expecting a whole lot of new challenges from them. For the series at E3 this year, it is clear Motorsport 7 will be there. Again, it will be showcasing the extra power given by Scorpio, though as Microsoft are keen to express, the game will still be playable on Xbox One. I’ve put more time into Horizon than I have Motorsport these past few years, so it will be interesting to see whether E3 can draw me into the game. I’d much prefer a more open racer like Horizon, so if any get shown off [and Need For Speed is a possible contender] than I’ll probably be going for that instead.
There’ll be a little something for Halo fans at the conference that Microsoft has promised, but what that is no-one will know. Sea of Thieves should also be around, possibly with a release date. The multiplayer pirate game is Rare’s chance to show they can do something on a large scale again. There should also be some surprises. After all, showing expected things is well and good, but giving a surprise is much better. I’ve kind of given up asking for a new Midtown Madness at this point, and with Forza Horizon, open-world racing is already covered. I honestly can’t think of something from Microsoft that would surprise me, though if they want to hit up something that caters to me, I wouldn’t say no to an RPG of some type. We’ll see if they do have surprises in store when the presentation starts on the 11th at 14:00 PDT/22:00 BST.

I don’t usually follow what Sony do, owing to the conference time being so late for the UK and it being my least preferred platform, but there are a few things to point out. Sam Witwer is the main lead of a game called Days Gone, and he has teased it will be showing at E3 in a big way. The God of War reboot will be around, and so will the Uncharted spin-off The Lost Legacy. Playstation VR will likely feature at some point, and if Kingdom Hearts 3 and Final Fantasy 7 Remake are featuring anywhere at E3 it will more than likely be here. Sony’s conference takes place on the 12th at 18:00 PDT/02:00 BST.
Ubisoft will be showing off their usual stuff, with some South Park thrown in. Support for Nintendo is likely to feature, though the rumoured Mario x Rabbids game will more than likely be saved for Nintendo’s Spotlight. Ubisoft head the stage before Sony at 13:00 PDT/21:00 BST.

There is a lot to look forward to at E3, and while I’ve only focused on the main five here, there is a lot more going on. There’s the PC Gaming Show to look forward to. IGN always have something going on, as will other gaming sites. Announcements away from the conferences are also usually around, such as the cancelled Star Wars 1313 being a notable one. Unless they feature at one of the conferences, I’m expecting Sonic Mania and Forces to both have reveals like this. Below is all the times I’ve covered again in chronological order, but that’s all from me for now, so E3 hype here we come.