Nintendo Switch: The Games We Know So Far [Gaming] 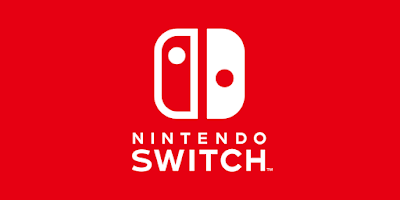 So as we get ever closer to that conference on the 13th of January, it's time for a look at those games we know are coming. Many rumours have been circulating about specifications and such, and how it might fare in competition with the other consoles, but this is just to focus on the games we know are confirmed.

I was surprised and excited to note that Warner announced LEGO City Undercover to no longer be a Wii U exclusive. As well as PC, Xbox One, and PS4, it is also coming to the Nintendo Switch. How it'll hold up I can't exactly say, but I would like to think that transfer to other consoles allows for the load times to be drastically reduced. The map on the Gamepad screen would have to be added to a proper map screen with the usual radar placed on the HUD. I can't really think of other things they could do unless they were to drastically alter some parts of the game.
For instance, most other LEGO games allow local two player co-op. This game didn't. It's not that bad of a thing, as special suits were able to substitute for lack of co-op, but it still wasn't as good as having a group of team members. I get that the Undercover part of the name sort of implies only one person, and the game was developed as a more kid-friendly Grand Theft Auto [which only allow for one player, at least until GTAV came along]. However, at least in the hub world, co-op could be a thing in special missions that allow players to work together to overcome a goal. It's a big stretch, and I don't think they would go that far, but it's just something to add additional content to it.

We've known for quite some time that Dragon Quest X and XI were coming to the Switch. While my experience with the series up until recently was only a small play session on Heroes: Rocket Slime for the DS, it's been a series I've partially followed since that time. Recently I bought Dragon Quest VII on 3DS, and the experience has been good so far, so with the entirely new version, I'm sure I'll be getting a much greater experience. Now, Dragon Quest X more than likely won't make it outside of Japan, so that leaves XI. Now we don't know much about it, except it's also being made for PS4 and the 3DS. The PS4 version is being made in Unreal Engine 4 with HD graphics. Whether the same can be said for the Switch version, only time will tell. The traditional battle system is in place, so the turn-based battles are still a thing. While I haven't got very far with Dragon Quest VII, I have been liking what the story offers, and from what I've read of the series - and know from RPG's in general - a good story is usually key. The advertising for XI will probably start at the Switch event, and it's there we will most likely see what the story offers.

Two of my core franchises already have games announced for the Switch, though we don't know too much about either. The Pokémon game has only been mentioned as coming, not in any specifics. However, Sun and Moon have recently released on 3DS, and a lot of rumours point to a third version coming to the Switch. The fact that walking animations for all Pokémon were found in the game files, the bottom screen hardly having much use this time around, and the fact it seems the start of a generation with a new console around the corner makes for an interesting set of circumstances. This seventh generation of games could of course come and go in a year, but that seems very unlikely. As I mentioned in my previous Switch post, if Game Freak are planning a full 3D adventure in the style of Colosseum and Gale of Darkness, then those two games could be put on a Gamecube Virtual Console. Though of course, a full game like that probably won't be a main series title unless they changed the formula up a bit. Adding proper grass patches and proper routes would be a start, and it seems Sun and Moon are the start with experimenting with that - considering the grid system has gone. Whatever game it is they're cooking up on Switch, I hope it is a main series title. And if it is, it certainly won't be coming at launch.

The other of my core franchises is, of course, Sonic the Hedgehog. Project Sonic 2017 was revealed at the same time as Sonic Mania, and unless there's been a switch in plans and Mania also comes along, Project 2017 will be the first Sonic game on the Switch - probably in the same month as Pokémon Switch. From what we know, Project 2017 is going to be like Unleashed with its story but Generations with its gameplay. We know Classic Sonic is returning from the trailer, which is why I said like Generations from a gameplay standpoint. It also looks to be going for the serious yet light tone that Unleashed presented. I found Generations to be one of the better games in terms of gameplay, though not so much story, so a fuller story - even if not much in terms of complexity - should be good with the gameplay to back it up to make one of the better Sonic games of recent times.
I'm sure many people wouldn't mind some tweaks to the gameplay though. Many have said Sonic feels like a car to control, so loosening up the control of Sonic wouldn't be too bad. Making sure the boost wasn't as easy to gain would make a bit more of a challenge. Not so much on Colours' level, but not so much that every thing you do gains some boost energy. As for Classic Sonic, make his control a bit more like the classic games. Add proper rolling physics and tone the spin dash down a bit so it isn't as powerful as in Generations. And a last thing to add, we have Classic for 2D gameplay. Do not fuse 2D and 3D elements into Modern's levels again. Yes, it works. But as well as 2D gameplay for this game, there's also a full 2D game in Mania releasing the same year. While the gameplay on both should be great, I'd still prefer a full 2D and full 3D game.

A number of smaller games have also been confirmed for the Switch. First off being Stardew Valley. A well known game on other platforms, it's inspired by Harvest Moon. Heavily taking elements from the series, Stardew is also a farming simulator. It is more inspired by the original games in the series while still being its own thing. It's a popular game on Steam, and coming to the Switch will bring it to a portable system for the first time.
Cube Life: Island Survival is a Wii U game released in June 2015, following in the footsteps of other Minecraft clones that appeared on the system when it looked uncertain if Minecraft would make it to the Wii U. Cube Life proved popular, so now is getting ported to the Switch and PS4. It doesn't appear as though anything is changing between consoles, so this is purely for those who don't own the Wii U version.
While I'm not going to cover all the smaller games coming to the Switch, one of note is Constructor. A remake of the original game from way back in 1997, the game is a management simulation game where you build facilities to gain manufacturing materials which you then put towards buildings. The rent tenants pay for occupying these buildings then helps to fund the company, with the aim to put other companies out of business.

Lastly, I want to again mention The Legend of Zelda: Breath of the Wild. The gameplay has been looking great, and from the small snippet we got to see of the Switch version in action on The Tonight Show Starring Jimmy Fallon, it looked to be running very smooth. As I've said before, this is probably one of the first Legend of Zelda titles I will get on launch, as it looks a very interesting design. Rumours of delays might mean this misses launch.

We are two weeks away from the Switch Presentation, and for those in the UK that means 04:00 of the 13th. As such, most will probably miss the presentation itself but be able to catch up on the news later that day. It will certainly be interesting to see what the console is actually made of, and what games we get at launch. As I said in my last Switch post, I'm hoping for a Star Wars game to be announced, as that will then be all three of my cores catered for. Either way, that's all for now, so bye for now.
Posted by Christopher Searle at 17:50
Email ThisBlogThis!Share to TwitterShare to FacebookShare to Pinterest
Labels: gaming, Nintendo Switch
Newer Post Older Post Home