Switching to the Second Year - My Experiences

The first year of the Nintendo Switch gave me plenty of great experiences. The Legend of Zelda: Breath of the Wild hooked me into the game and further into the Zelda lore than I had before. Super Mario Odyssey proved to be a great game, as did Splatoon 2. There were twelve games bought in total for that first year, and the second almost hits that amount again.

The second year for Switch might not have been to everyone’s tastes, but for me it gave just as many greats as the first. Dragon Quest Builders I count among that number, along with Mario Kart 8 Deluxe and Skyrim [even if they are both games I owned on other systems, it’s the experiences I had with them on the Switch that count]. So just what did I get up to with the Switch’s second year?

Kirby Star Allies is an interesting one. Much the same as The Legend of Zelda, most of my experience with the series was through Super Smash Bros., and much like with The Legend of Zelda I had been toying with getting a game in the series and seeing it through to the end. Star Allies was my choice, and as much as I did enjoy my time with it, it didn’t grab me enough for me to try everything. Perhaps like Skyrim and many other games I’ll go back to it one day and see the true hook of it, but for now Kirby’ll forever be waiting just before that final boss on the main campaign.

Rogue Aces was bought purely because I was wanting a flight combat game. And for these smaller games, that’s kind of the reason I bought most of them this year. Rogue Aces didn’t provide the flight combat I was after, but I did find a good game. Not one of the greatest of the second year, but a good game that provided a number of hours of arcade mayhem in planes and a good feeling of one more go.

E3 came around and gave a very in-depth look at Smash Ultimate, but it also gave the shadow-drop of Fortnite coming to the Switch. I’d already had a good play of it on my Xbox One, but having it on a portable access as well would be good. It barely got played as not long after I dropped the game from play. I’d had my fill, and a portable version couldn’t convince me to keep playing. I have recently returned to in in this last month, though, and am enjoying it once again. 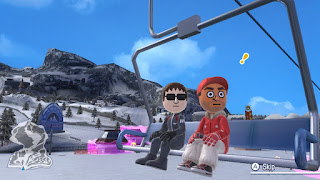 I’ve always been talking about Nintendo making a game that allows a player to go exploring Wuhu Island, with access to sports and other activities they can freely play. Turns out, a game like that already existed on the Wii, and got ported to the Switch in August. Go Vacation offers four islands to freely explore, with plenty of things to do within them. Sure, a few of the activities were basic and most that required motion wouldn’t ever fully work in handheld mode, but it still proved a good game to play and makes me wish even more for Nintendo to try their hand at such a thing.

Not long after I got my hands on that, Monster Hunter Generations Ultimate released. I’d spent a good amount of time on 4 Ultimate on the 3DS, and this looked to be a better prospect as I wouldn’t have to be dealing with that little nub of a c-stick for camera control. And I certainly am happy with it. Diverse environments, tough monsters, and plenty of weapons and armour sets to be working towards.

E3 gave plenty of games to look over, with one of those being Starlink: Battle For Atlas. A toys-to-life game that made the toys optional – by allowing everything to be bought digital. And it’s digital the way I went. And I’m glad I did. Starlink offers a beautiful amount of worlds to explore and a compelling gameplay hook. The characters all have unique personalities, reacting to the planets they visit when you play as them. And the Switch version has the bonus of including Star Fox content – with more of that coming in a future update. When this game released, plenty of people were saying how this was a better Star Fox game than what Nintendo had put out with Zero on the WiiU.

And that is true. While I’m not the best person to really say anything about such – having only played the 3DS remake of 64 – it does seem that the series tried different things which didn’t work, and has now put it in a place where each entry is set to fail based on what new thing it offers. For a first run of Starlink, I played mostly as Fox, right up until the end. And it did feel as though Starlink could be a worthy direction for Fox to take. I’m sure others would disagree, though.

A day before the Pokémon Let’s Go games released, the update of the Switch eShop brought a number of games. It was around that time I was wanting to find a tower defence game to really get stuck into. And that’s where Swamp Defence 2 joined the ranks of my games – for free, thanks to the numerous amount of gold coins I’d saved. And it was classic tower defence as I knew it, and I was having plenty of fun with it. Unfortunately, that fun was cut short when progress was halted right at the start of the third area. It was simply a corruption of the level design itself that would crash the game after a few seconds. It was quickly uninstalled soon after. 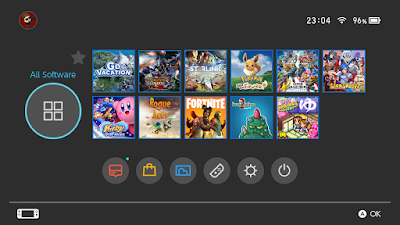 No matter, as Let’s Go, Eevee! was a great experience in the world of Pokémon. I’ve already talked about it in my first impressions post, but the rest was just as great as the beginning. Now on a second run, I won’t be using the starter Eevee just to compare experiences. After all, they did make the starter an overpowered monster.

Once again I found myself going for a small game not long after Let’s Go’s release. Still within the strategy genre, this time is was business management with Hot Springs Story. This one is a fun business management game. Basic, but fun. It has a fixed end where you can see how well you managed the business within that time frame, giving the feeling of wanting to beat that previous score on a new run. But there's plenty of opportunity to get different results each time as you prioritise who you invite and where you choose to invest your money.

Another one I’d given a first impressions on was Super Smash Bros. Ultimate, which is definitely my best in the series. Though it could do with a few extra modes, what is there is a great game. Stamina battles are fun and easy to access, and all the quality of life changes make getting into a game easier than ever. Even online, unless you want a specific type of match and don’t want to join an arena.

The last game is one I’ve been waiting for for quite some time. Advance Wars is seemingly never getting a new entry, but here comes Wargroove as a perfect fit for those who crave what Advance Wars gave. And the Switch is the perfect fit for it. Just like with Advance Wars, I’ve spent most of my time creating and playing my own creations, but the actual strategy of the adventure mode is fun to crack and get three stars on. The extras are nice as well. And even though it’s a small game in terms of being an indie, there’s a lot on offer here that very nearly matches what Advance Wars offered.

The third year of Switch is looking a lot better than the second. The mainline Pokémon games of Sword and Shield recently got announced. Animal Crossing is coming this year. The Dragon Quest games of XI and Builders 2. Super Mario Maker 2. And plenty of others that look to make up a spectacular year on par with the first. Those games are sure to be added to my collection and become a part of the great games I already own. And based on my 3DS play time, I can already tell that the Switch’s will be looking very similar at the end of its third year.
Posted by Christopher Searle at 16:29
Email ThisBlogThis!Share to TwitterShare to FacebookShare to Pinterest
Labels: gaming, Nintendo Switch
Newer Post Older Post Home