The Planning of the Alternate Halesowen and Beyond Series [Network]


The start of this series came on 7-February/2012 with just a single part of the first chapter added under the name of TV and Film Residential Camp, sharing the spotlight with Doctor Who: The Star Wars Chronicles. As the first original, you would have thought I’d have put a bit more thought into it, but just the same as the fan-created stuff, I was running on just a basic idea.

In reality, there was more than just the basic idea, as I’d had to create a world and characters on my own, rather than just borrowing from other franchises. However, much the same as that fan-created stuff, there was no serious planning put into it and I’d just be adding ideas into the story that I felt worked with what came before. The story itself needed more though. It needed a bit of proper planning put behind it. 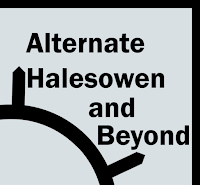 After the first chapter was complete and work on the second had started, I was still unsure on how to proceed. The original idea that I was working on involved nothing but the country of the Republic Antarctic, so I had to find a way to make sure Max got back to Plutes somehow. Some of my classmates from Halesowen college wanted to be in the story, which gave me an idea. What if the RA was just a part of Earth hidden away from the rest of the world? That then spawned the alternate reality the story then became set in, and work continued from that, making it almost become fully complete.

Why almost? Because I’d set myself to publishing it on the Amazon Kindle store, and didn’t want the ending revealed. I’d hidden it on the website and set myself the task of getting it ready. That was first announced on October of 2013, but it took three and a half years before it finally happened. Not because I just wasn’t interested in doing so, but the characters. All those real names of real people. The story as well, with the amount of self-referential material it held [including the fact that my character in the story was working on the story that you were reading]. The conversion got put on hold in July of 2014 [though probably more a month or two before] and a new story announced to be the first. That one being Space Race Championship.

So with TV and Film Residential Camp no longer being the one to be published and Space Race Championship being put on hold [not that I ever announced that], nothing ever surfaced about my ambitions of self-publishing a novel to the Kindle store. Not until 2017, anyway. February of that year I teased I would have something soon. On March, I announced it, and on April released it. That being The Alternate Adventures of Halesowen – the character introductions to the new crew of the media production course at Halesowen college.

All the names had been changed, a few characters removed, and while I kept some attributes the same, these new characters were my own. The world they lived was my own. But how did this start? The success of finally pushing out an ebook for the world to see? 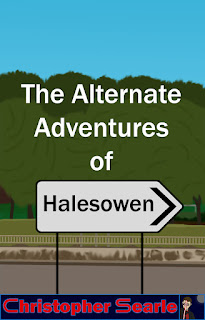 It was my last year at university. Animation had been a dream of mine for years, back during secondary school and messing around with LEGO. Then I moved to college, and I should have seen it then. But I didn’t. As much as I loved animation, I didn’t have the passion to be working it. During that last year of uni, the reality hit. Throughout university, I’d still been writing. My writing had progressed. My animation hadn’t. Which then put me back to the idea of self-publishing on the Kindle store. Trouble was, which of the two do I choose to make my first?

As I’d already said, the idea to change character names had been in place the first time I’d wanted to turn TV and Film Residential Camp into a true ebook, but they’d still be the same characters as before. And while Space Race Championship had seen several rewrites, it had never progressed beyond the first half. Did I want to risk having a book that had a strong first half but perhaps a weak second half? Especially as my first venture into self-publishing?

Then I came across something I’d planned during college. It was to have been a short film, but never had seen the light of day beyond the idea. It got merged with the planning, so that while TV and Film Residential Camp was being turned into Secrets Behind the Truth, I could consider more in-depth world building. Once again I got to chapter two and thought how to proceed. I needed to create the UK in this alternate world so it could be similar yet different, able to fit in with this new version of the story. And with that, I needed the new crew of Halesowen college students.

Jack became the first addition, borrowed from that idea for the short film. The rest of the crew formed, building to ten people. I kept the main of the class together, keeping the dynamics of the group as much as possible while also fitting the original character of Jack within. These characters were continually being added to as the first of the stories started to be written. During the writing of that first story, I came to two ideas that held. I needed to tie this in with Secrets Behind the Truth so that the world was consistent across both, allowing a solid timeline of events. I also wanted a hook to tie all eight stories together.

As the first story came to an end, a few of the other stories were in planning, with that idea for the short film becoming one of them. It seemed cruel, perhaps, to implement the original character into the world to then have him appear once before the story he meets his fate. But I felt it worked to have this event and this character be a reference throughout the story, affecting his classmates in some form. I gave him a second appearance to help with that. 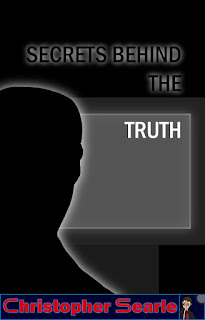 Implementing the tie-in material with Secrets Behind the Truth was easy. The store of Gamestation had been a side point of the original story, and would remain so in the new version. Setting a story there to introduce the place before its ‘official’ introduction seemed a good thing to do. As for the other tie-in stuff, referencing the whereabouts of Daniel was easy, though directly talking of the outcome of his and Max’s second visit to Plutes was probably going a bit too far. And of course Max’s return to the college for a surprise visit from a different viewpoint would have to be the last story, and by the time I’d written the rest of the stories, the plot of this last one was obvious.

With a crew of characters and an alternate England formed, work moved back to Secrets Behind the Truth, where work progressed quickly. I already had the overall line worked out. It just needed the finer details to be changed, added to, or removed. I removed any trace of it having been an unplanned story, chipping off anything that didn’t need to be there or forming it into a side line.

The reason for Max wanting to go back to Plutes and shut it down became a lot more natural. Gamestation and the RA-UK deal formed itself into something cleaner, with that whole subsection of the story overall being more refined. Yes, there still remained self-referential material, but it was less in your face and built into the character of Brandon Golden – the character based on myself. His character had become an alternate version of myself, built up across both stories to be more confident about what he wanted to be but still trying to gain the self-confidence to do so. Daniel also had more point-of-view focus than the previous version of the story, allowing his thoughts on situations to come through where before they were mostly lost. Stanley had a bit more focus to dive a bit deeper into his character.

As for where the series will go, there’ll be more focus on the full crew as they head into their second year. There’s a few areas I’m going to look at, including getting Max to interact with more of the crew. Gamestation will be getting more focus as it grows, with a bit more work also going into the growth of the characters – specifically the areas they want to go after leaving the college. I’m also going to put a bit of focus on other relationships. That will lead all the way to the start of the return of Plutes, which is where the story will merge into the fourth book of the series.

If this look into the planning of the series has you wanting to check the ebooks out, you can find The Alternate Adventures of Halesowen here [UK link] and Secrets Behind the Truth here [UK link]. My Amazon Author Page can be found on the sidebar, where you can find all of my novels of the Kindle store.
Posted by Christopher Searle at 21:02
Email ThisBlogThis!Share to TwitterShare to FacebookShare to Pinterest
Labels: Alternate Halesowen and Beyond, network, Stories
Newer Post Older Post Home