Nintendo gave little within their Direct, but really? Smash Bros. Ultimate is pretty all that was needed. There was a recap of Pokémon Let’s Go Pikachu / Eevee, with a reveal that the Pokéball Plus holds a Mew inside when you first buy it. A new mech game was shown off called Daemon x Machina, and DLC for Xenoblade Chronicles 2 called Torna – The Golden Country was shown. 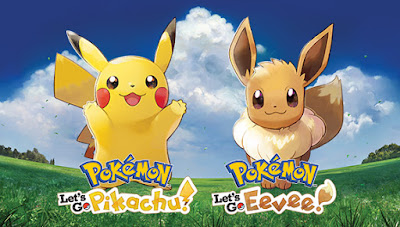 As for everything not Smash, Fire Emblem for Switch has been dated with a Spring 2019 release. It looks to be a larger upgrade in terms of visuals to the 3DS games, and the battles seem larger as well. It has the name of Three Houses, which seems to tie into the concept of the game.

There was a sizzle reel showing a lot of games, including Crash N-Sane Trilogy, Minecraft, Captain Toad, Dragon Ball FighterZ, Sushi Striker, and Splatoon 2’s Octo Expansion. Paladins also featured with the fact it is available right now. Fortnite had a trailer away from the sizzle reel, with that also coming today.

Octopath Traveller featured with a date for a new demo. Three indie games featured. Overcooked 2 with a date of 7-August. Killer Queen Black without a date. And Hollow Knight with a release of right now as well. Super Mario Party brings the series to Switch, bringing a host of minigames and new board types to the series. 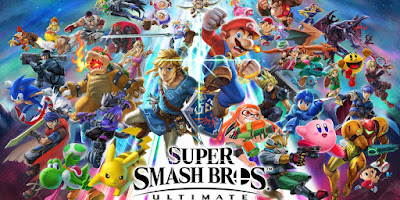 And then we get to Super Smash Bros. Ultimate. A love letter to the series, and possibly the final hurrah of the Sakurai-led games. It features every character from the series, including those who appeared as DLC in the last one. There have been changes to the mechanics of the game as per the norm, with a lot of returning stages as well. Inkling was shown off in gameplay, and Ridley from the Metroid series joins the fight. There has been a lot done with this game, and I can see why Nintendo are making this the focus for this E3. What was funny was featuring Gamecube controllers as a control method unless they bring the means to use them back. And, you know, this is a handheld as well as a console, so can we get wireless ‘cube controllers?

They might not have shown much, spending half of the forty minutes on Smash Bros., but they know what the fans were waiting for. They said they would only focus on 2018 games, and they did. The exception being Fire Emblem, but considering that is a big title announced more than a year ago that has had no information released on it since, it makes sense to feature it here. I could say I was expecting more, but there’s plenty of time for the things I want in 2019.
Posted by Christopher Searle at 18:41
Email ThisBlogThis!Share to TwitterShare to FacebookShare to Pinterest
Labels: E3 2018, events
Newer Post Older Post Home