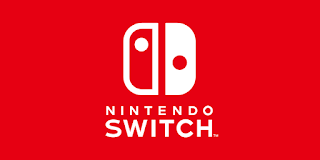 Nintendo Directs are always big news, no matter what the subject of them includes. However, what if one was to never get officially mentioned until it dropped, leaving the gamers in such a frenzy due to cryptic teases that the hype levels exceed that of E3 presentations? This last week in a nutshell. And it wasn’t helped by a load of rumours and leaks back in December either.

This Direct Mini was short and to the point. Starting with a remaster of a popular Square-Enix game. The World Ends With You: Final Remix brings the original DS game to Switch, with new content and the touch controls intact. There’s also traditional controls added for playing on the TV, which I assume many people will want to be doing. My experience with this game is limited to Traverse Town in Kingdom Hearts 3D, but I can certainly see myself going for this since the original has received a massive amount of praise.
Hyrule Warriors Definitive Edition brings all the content from the WiiU and 3DS games – both paid and free – into one ultimate version of the game. Donkey Kong Country: Tropical Freeze also gets in on the action, adding Funky Kong with what looks to be an overpowered surfboard. With Fire Emblem Warriors releasing to favourable reviews, having Hyrule return with an ultimate edition makes sense, as does bringing over the Donkey Kong game that few people would have played.
Kirby Star Allies releases March 16, and brings with it two new copy abilities. Artist allows Kirby to paint useable items into the field, while Spider can shoot webs to trap enemies. Mario Tennis Aces is sure to excite Mario Sports fans, as it looks to be returning to more technical days of old. Plus it includes a story mode, which hasn’t been seen for a long time, so the wait for more info to see whether this’ll swing a hit or miss the ball is going to be a long one.

Other games include PAYDAY 2 bringing a timed-exclusive character with it when it launches on February 27, SNK Heroines Tag Team Frenzy bundling a lot of SNK female fighters into a new 2D fighting game, Fe and Celeste being confirmed for the Switch, and Dark Souls Remastered. Also Ys VIII: Lacrimosa of Dana. And a Dragon Quest Builders demo is available to download right now.
Updates to games include Super Mario Odyssey getting an online mode – though not the way you think. Balloon World brings Hide-It and Find-It gameplay to every world, where people hide balloons within the world, and other people have to find them, with a thirty second timer for both hiding and finding. It also brings with it new outfits and new filters for the snapshot mode.
Pokkén Tournament Deluxe has a paid pack coming that will be distributed in two waves. The first bringing Aegislash as a playable ‘mon with Mega Rayquaza and Mimikyu as supports, while the second brings Blastoise to the arena with Mythical ‘mon Mew and Celebi as supports. Mario and Rabbids Kingdom Battle brings DK to the action in a new story.

As I said, it was short and to the point, bringing with it some surprises and a few new additions for the Switch. And it really feels as though the 3DS is just going to be dwindling along in the Switch’s shadow during this year, since everything was for the Switch. The update to Mario Odyssey sounds promising, and The World Ends With You coming to Switch sounds like a perfect idea. I’m going to be trying out the Dragon Quest Builders demo, and no doubt I’ll also be trying one for Hyrule Warriors if it does come. Kirby Star Allies is a definite purchase for me when it comes, but that’s all that interests me from this Direct.
Since everything was to the point, it didn’t feel as though it was dragging on, and even the things I have no interest in had some good trailers. In other words, the Direct was a good one, unless you surpassed hyper mode and found yourself in souring insanity, then nothing short of Super Smash Bros. 4 Switch [or SSB5], Metroid Prime 4 and Pokémon Generation 8 for games with the Virtual Console and everything about what the Online Service will give us could impress. Joking, of course, but the hype really was starting to get annoying.
Posted by Christopher Searle at 15:49
Email ThisBlogThis!Share to TwitterShare to FacebookShare to Pinterest
Labels: gaming, Nintendo Direct
Newer Post Older Post Home